Gotta post my kitties, because they make me happy :) 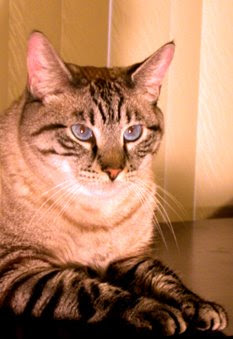 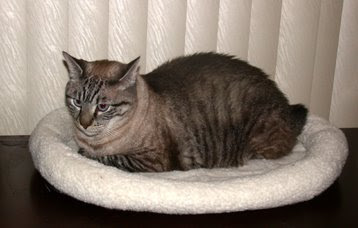 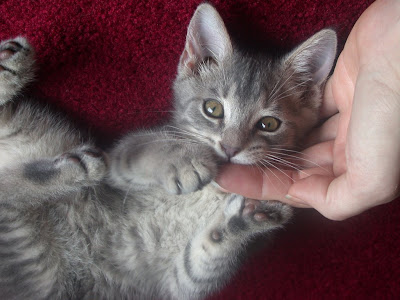 The top two pics are Leo; a 5 year old seal point lynx bobtail. A friend was moving and couldn't keep him, so now he has a new home with me. He is HUGE, I have to keep myself from calling him Cartman (South Park anyone?). He is beautiful though, and has the biggest blue eyes that I've ever seen.
The bottom pic is Toby; a 4 month old gray tabby and ALL kitten. He seems to love chasing things that don't exist.
Leo spent his first few weeks here hiding under my bed, a stodgy old man that wanted nothing to do with the young 'un that was running around chasing things that aren't there.
But now, almost two months later, Toby's kitten-ness is starting to rub off on Leo. He's more playful and has actually lost a couple pounds (trust me, he could stand to lose a few more). They are funny to watch...kinda like Foghorn Leghorn and the little Chicken Hawk.