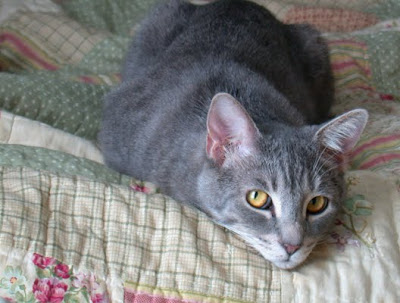 Some of you may already know that my little gray tabby ^ Toby died on Christmas morning. He was only a year and a half, and already had to have three teeth pulled a few months ago and just didn't have any interest in eating after that. The vet said that Toby had a gum infection, and that it's a genetic thing that he'd seen before (I guess that's what they say instead of "there's nothing I can do").
So for the past few months I'd been feeding Toby with a syringe, but he just kept losing weight and stopped showing any interest in anything the last few weeks. On Christmas morning I could tell that he wasn't going to be around much longer...so for two hours I just held him and talked to him and even sang to him until he took his last little breath. 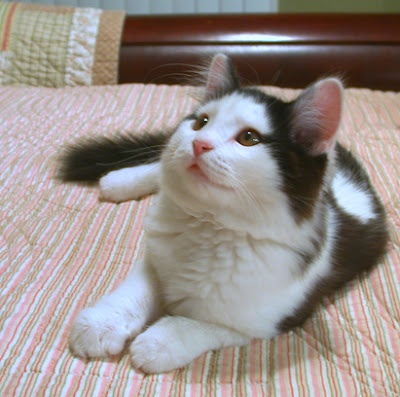 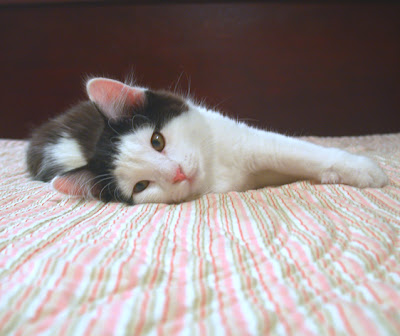 I brought Lacy home about a week before Christmas, a little black and white fluffball, with the hope that having another little one around would perk Toby up a bit...but I know now that he was beyond that point. Even though I miss Toby like crazy (it's hard to even look at these photos of him), Lacy has filled the house once again with kitten antics and she gets along great with Leo the fatcat :) She's a sweetie and I think she's helping me AND Leo get used to the fact that Toby's not here.